Book Vinny Del Negro for your Next Event

Contact AthleteSpeakers today at 800-916-6008 to book Vinny Del Negro for a keynote speech, corporate appearance, grand opening, product announcement, moderated Q&A or for an exclusive meet and greet. The booking agents at AthleteSpeakers work on your behalf to get you the best price for your desired sports celebrity.

Following a college career for Coach Jim Valvano at North Carolina State, Vinny Del Negro entered the NFL in 1988 with the Sacramento Kings. Del Negro played in the NBA for two seasons before going overseas to play professionally in Italy. In 1992 he returned to the NBA where he would play for 9 seasons, averaging 9.1 ppg while shooting 47.5% from the field. Del Negro began working for the Phoenix Suns organization where he worked his way up the ranks to assistant general manager by 2007. In 2008, he took over the position of head coach for the Chicago Bulls where over 2 seasons he posted an 82-82 record before he moved to the Los Angeles Clippers to hold the same position. He posted a 128-102 regular season record with the Clippers which is a .557 winning percentage which was highest in club history. Following his coaching career, Del Negro joined NBA TV as an analyst.

Book Vinny Del Negro for your Next Event

Disclaimer: AthleteSpeakers assists companies seeking to hire talent like Vinny Del Negro for speaking engagements, appearances, product endorsements, and business sanctions. Our speakers bureau does not claim to exclusively represent Vinny Del Negro. Our booking agency can help with finding an athlete or sports celebrity that aligns with your upcoming events date, location, and budget. When an organization request booking details for a celebrity like Vinny Del Negro, we work closely with the client to make sure the proposed dates does not interfere with the requested athletes schedule. We then confirm the sports celebrity fee based on the details of the request. The fees listed on the speaker profile are rough estimates based on the previous market rate for the talent. Our team then works with Vinny Del Negro's agent, manager or assistant on the booking request. For parties interested in hiring Vinny Del Negro, we recommend filling out the booking request form so our booking agents can help with making your next event a success. 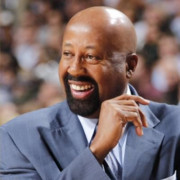 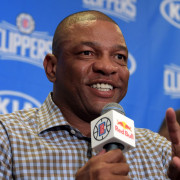 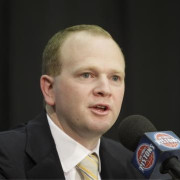 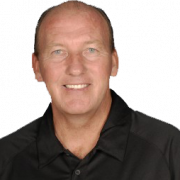 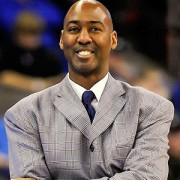