Book Mary Lou Retton for your Next Event

Mary Lou Retton was born in West Virginia in 1968 and was inspired to take up the sport of gymnastics at the age of eight after watching the 1976 Summer Olympics in Montreal on television. With the goal of someday reaching the Olympics herself, she trained hard and believed in her dream. At the age of 15 she won the American Cup and then finished as the runner up in the US Nationals. In 1983 and 1984 she won back-to-back American Classic titles and also captured Japan’s Chunichi Cup in 1983. In 1984 she achieved her dream of making the US Women’s Gymnastics Team after winning the U.S. Nationals and U.S. Olympic Trials. She’d go on to win gold in the All-Around, two silvers in the Team and Vault, and two bronze medals in the Uneven Bars and Floor Exercise at the 1984 Olympic games in Los Angeles. After the Olympic games she was featured in several commercials and had the opportunity to represent several companies as a valuable brand ambassador. In 1997 she as inducted into the International Gymnastics Hall of Fame and went on to be named to the President’s Council on Physical Fitness and Sports in 2004.

Book Mary Lou Retton for your Next Event

Disclaimer: AthleteSpeakers assists companies seeking to hire talent like Mary Lou Retton for speaking engagements, virtual meetings, appearances, product endorsements, and business sanctions. Our speakers bureau does not claim to exclusively represent Mary Lou Retton. Our booking agency can help with finding an athlete or sports celebrity that aligns with your upcoming events date, location, and budget. When an organization request booking details for a celebrity like Mary Lou Retton, we work closely with the client to make sure the proposed dates does not interfere with the requested athletes schedule. We then confirm the sports celebrity fee based on the details of the request. The fees listed on the speaker profile are rough estimates based on the previous market rate for the talent. Our team then works with Mary Lou Retton's agent, manager or assistant on the booking request. For parties interested in hiring Mary Lou Retton, we recommend filling out the booking request form so our booking agents can help with making your next event a success.

Interested in booking Mary Lou Retton for a virtual meeting?


Athlete Speakers is a leader when it comes to booking virtual events in the sports world. Since 1999, we have built close relationships with top athletes, agents, publicists and managers. We assist all types of companies as well as event planners with booking athletes like Mary Lou Retton for these virtual engagements. Companies continue to turn to Athlete Speakers to get Mary Lou Retton’s latest virtual speaking fee, appearance cost and schedule availability. 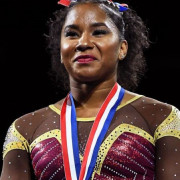 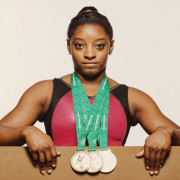 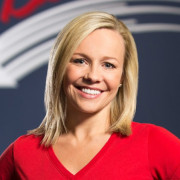 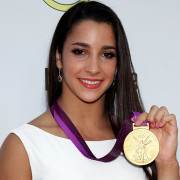