Book Luol Deng for your Next Event

Luol Deng was a versatile swingman and lauded for his defensive intensity throughout his NBA career. Deng gained stardom in the league, playing the first decade of his career with the Chicago Bulls and being selected to two All-Star teams.  He helped the Bulls reach the postseason six times, including a trip to the Eastern Conference Finals in 2011.  Deng was traded to the Cleveland Cavaliers in 2014 and that following offseason signed with the Miami Heat.  Following two years with the Heat, he went on to play two seasons with the Los Angeles Lakers and his final campaign with the Minnesota Timberwolves before retiring in 2019. Deng was originally the seventh pick of 2004 NBA Draft out of Duke.  He played one season for the Blue Devils, averaging 15.1 points per game and leading them to the Final Four.   The journey he took to becoming an internationally known basketball star is inspiring.  Deng’s family fled war-torn Sudan and settled in the United Kingdom.  Never forgetting his roots, he contributes to many charities like the Lost Boys of Sudan and the World Food Programme.  His own foundation teaches through basketball and helps unite local communities.  For his activism, Deng has been recognized many times, including with the NBA Man of the Year Award in 2007 and the J. Walter Kennedy Citizenship Award in 2014.

Book Luol Deng for your Next Event

Disclaimer: AthleteSpeakers assists companies seeking to hire talent like Luol Deng for speaking engagements, virtual meetings, appearances, product endorsements, and business sanctions. Our speakers bureau does not claim to exclusively represent Luol Deng. Our booking agency can help with finding an athlete or sports celebrity that aligns with your upcoming events date, location, and budget. When an organization request booking details for a celebrity like Luol Deng, we work closely with the client to make sure the proposed dates does not interfere with the requested athletes schedule. We then confirm the sports celebrity fee based on the details of the request. The fees listed on the speaker profile are rough estimates based on the previous market rate for the talent. Our team then works with Luol Deng's agent, manager or assistant on the booking request. For parties interested in hiring Luol Deng, we recommend filling out the booking request form so our booking agents can help with making your next event a success.

Interested in booking Luol Deng for a virtual meeting?


Athlete Speakers is a leader when it comes to booking virtual events in the sports world. Since 1999, we have built close relationships with top athletes, agents, publicists and managers. We assist all types of companies as well as event planners with booking athletes like Luol Deng for these virtual engagements. Companies continue to turn to Athlete Speakers to get Luol Deng’s latest virtual speaking fee, appearance cost and schedule availability. 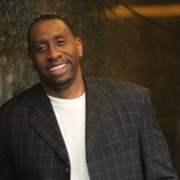 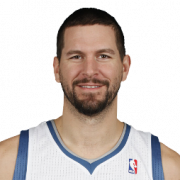 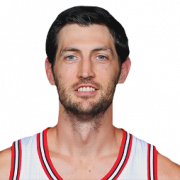 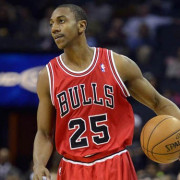