Book Steve Nash for your Next Event

Steve Nash is arguably the greatest Canadian professional basketball player of all-time. Nash was born in South Africa in 1974. He earned a scholarship to Santa Clara University in California and throughout his four seasons there, the Broncos made the NCAA Tournament three times while Nash was named West Coast Conference Player of the Year twice. Leaving a lasting impression with the Broncos while leading the team in assists, Nash was drafted in the first round of the 1996 NBA Draft by the Phoenix Suns. He continued to play point guard throughout his professional career for the Dallas Mavericks, Phoenix Suns again, and currently for the Los Angeles Lakers. Nash has earned an endless amount of the prestigious titles, including NBA Most Valuable Player in 2005 and 2006, NBA All-Star for eight different seasons, All-NBA First Team for three consecutive years, and All-NBA Second Team for two years. Nash also led the NBA in assists for five years, averaging 11.5 assists per game. In addition, he won the J. Walter Kennedy Citizenship Award in 2007 for his tremendous character on and off the court.

Book Steve Nash for your Next Event

Disclaimer: AthleteSpeakers assists companies seeking to hire talent like Steve Nash for speaking engagements, virtual meetings, appearances, product endorsements, and business sanctions. Our speakers bureau does not claim to exclusively represent Steve Nash. Our booking agency can help with finding an athlete or sports celebrity that aligns with your upcoming events date, location, and budget. When an organization request booking details for a celebrity like Steve Nash, we work closely with the client to make sure the proposed dates does not interfere with the requested athletes schedule. We then confirm the sports celebrity fee based on the details of the request. The fees listed on the speaker profile are rough estimates based on the previous market rate for the talent. Our team then works with Steve Nash's agent, manager or assistant on the booking request. For parties interested in hiring Steve Nash, we recommend filling out the booking request form so our booking agents can help with making your next event a success.

Interested in booking Steve Nash for a virtual meeting?


Athlete Speakers is a leader when it comes to booking virtual events in the sports world. Since 1999, we have built close relationships with top athletes, agents, publicists and managers. We assist all types of companies as well as event planners with booking athletes like Steve Nash for these virtual engagements. Companies continue to turn to Athlete Speakers to get Steve Nash’s latest virtual speaking fee, appearance cost and schedule availability. 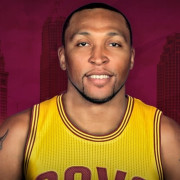 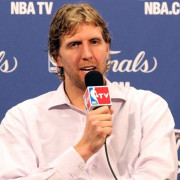 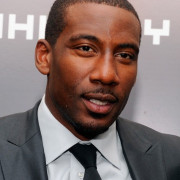