Book Shaquem Griffin for your Next Event

A fifth-round pick of the Seattle Seahawks (141st overall), Shaquem Griffin was born July 20, 1995 and is a former linebacker for the UCF Knights. Shaquem and his twin brother Shaquill both played for UCF.

Shaquem Griffin was born to Tangie and Terry Griffin on July 20, 1995, less than two minutes after Shaquill. Shaquem was born with amniotic band syndrome affecting his left hand, causing his fingers on his left hand to not fully develop. At age four, his mother found him in the kitchen, attempting to use a butcher's knife to self-amputate his fingers due to the pain. His parents scheduled an amputation the next day. However, Griffin was able to continue playing sports without his left hand, competing in track, baseball, and football alongside his brother.

Shaquem and his brother Shaquill Griffin were both offered football scholarships at University of Central Florida by former coach George O'Leary. Griffin spent all four years at UCF totaling 17 sacks and 30 tackles for a loss. Griffin was named the 2018 Peach Bowl Defensive MVP and was the 2016 AAC Defensive Player of the Year. Griffin told Ralph Warner and NFL Network in November 2017 that he plans to continue his football career in the NFL. He won defensive MVP in the 2018 Peach Bowl vs Auburn.

Book Shaquem Griffin for your Next Event

Disclaimer: AthleteSpeakers assists companies seeking to hire talent like Shaquem Griffin for speaking engagements, virtual meetings, appearances, product endorsements, and business sanctions. Our speakers bureau does not claim to exclusively represent Shaquem Griffin. Our booking agency can help with finding an athlete or sports celebrity that aligns with your upcoming events date, location, and budget. When an organization request booking details for a celebrity like Shaquem Griffin, we work closely with the client to make sure the proposed dates does not interfere with the requested athletes schedule. We then confirm the sports celebrity fee based on the details of the request. The fees listed on the speaker profile are rough estimates based on the previous market rate for the talent. Our team then works with Shaquem Griffin's agent, manager or assistant on the booking request. For parties interested in hiring Shaquem Griffin, we recommend filling out the booking request form so our booking agents can help with making your next event a success.

Interested in booking Shaquem Griffin for a virtual meeting?


Athlete Speakers is a leader when it comes to booking virtual events in the sports world. Since 1999, we have built close relationships with top athletes, agents, publicists and managers. We assist all types of companies as well as event planners with booking athletes like Shaquem Griffin for these virtual engagements. Companies continue to turn to Athlete Speakers to get Shaquem Griffin’s latest virtual speaking fee, appearance cost and schedule availability. 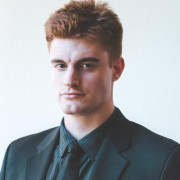 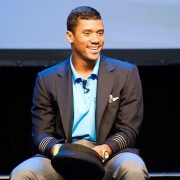