Book Ryan Klesko for your Next Event

Ryan Klesko is a former Major League Baseball player who can most commonly be recalled as a left fielder or first baseman. Klesko was born and raised in California throughout the 1970’s and ‘80’s before debuting professionally with the Atlanta Braves in 1992. Serving thirteen seasons in the MLB, he spent the majority of his time with the Atlanta Braves and the San Diego Padres until playing his only and final professional season with the San Francisco Giants. Klesko was the first player to hit a home run in three consecutive World Series road games, in Game 3, 4, and 5 in the 1995 World Series. He amassed nearly 300 home runs over the course of his career and just fell short of batting in 1,000 runs. Off the field, Klesko developed a program known as “Klesko’s Korner” that regularly provides Padres tickets to cancer patients and their families. Similarly, he served as the Make-A-Wish Foundation’s spokesperson in his community. While also representing the Padres Scholars Program, Klesko is admired by many for his dedication to the community. He currently spends his time involving himself with the Padres Community Relations efforts as well as serving as a pre-game and post-game for the Atlanta Braves.

Book Ryan Klesko for your Next Event

Disclaimer: AthleteSpeakers assists companies seeking to hire talent like Ryan Klesko for speaking engagements, virtual meetings, appearances, product endorsements, and business sanctions. Our speakers bureau does not claim to exclusively represent Ryan Klesko. Our booking agency can help with finding an athlete or sports celebrity that aligns with your upcoming events date, location, and budget. When an organization request booking details for a celebrity like Ryan Klesko, we work closely with the client to make sure the proposed dates does not interfere with the requested athletes schedule. We then confirm the sports celebrity fee based on the details of the request. The fees listed on the speaker profile are rough estimates based on the previous market rate for the talent. Our team then works with Ryan Klesko's agent, manager or assistant on the booking request. For parties interested in hiring Ryan Klesko, we recommend filling out the booking request form so our booking agents can help with making your next event a success.

Interested in booking Ryan Klesko for a virtual meeting?


Athlete Speakers is a leader when it comes to booking virtual events in the sports world. Since 1999, we have built close relationships with top athletes, agents, publicists and managers. We assist all types of companies as well as event planners with booking athletes like Ryan Klesko for these virtual engagements. Companies continue to turn to Athlete Speakers to get Ryan Klesko’s latest virtual speaking fee, appearance cost and schedule availability. 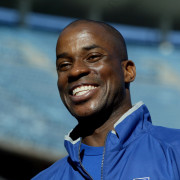 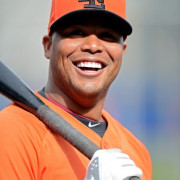 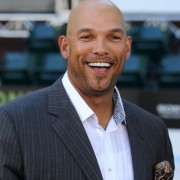