Book Rick Porcello for your Next Event

Rick Porcello has been one of the most successful pitchers of his generation. Porcello currently plays for the New York Mets. He originally debuted as a much-hyped prospect with the Detroit Tigers. The Tigers selected him 27th overall in the 2007 MLB Draft and signed him to a contract for $11.1 million, which was the highest amount ever awarded to a high school player. Porcello did not disappoint in his 2009 debut, going 14-9 with a 3.96 ERA and finishing third in voting for the American League Rookie of the Year.

During six seasons in Detroit, Porcello won at least ten games each season. After a banner 2014 season where he went 15-13 with 129 strikeouts and a 3.43 ERA, he was traded to the Boston Red Sox. Porcello went to new heights in 2016, leading baseball with 22 wins while posting a 3.15 ERA. He won the AL Cy Young and was named AL Comeback Player of the Year. Two seasons later, Porcello won 17 games during the regular season and helped the Red Sox win the World Series.

Book Rick Porcello for your Next Event

Disclaimer: AthleteSpeakers assists companies seeking to hire talent like Rick Porcello for speaking engagements, virtual meetings, appearances, product endorsements, and business sanctions. Our speakers bureau does not claim to exclusively represent Rick Porcello. Our booking agency can help with finding an athlete or sports celebrity that aligns with your upcoming events date, location, and budget. When an organization request booking details for a celebrity like Rick Porcello, we work closely with the client to make sure the proposed dates does not interfere with the requested athletes schedule. We then confirm the sports celebrity fee based on the details of the request. The fees listed on the speaker profile are rough estimates based on the previous market rate for the talent. Our team then works with Rick Porcello's agent, manager or assistant on the booking request. For parties interested in hiring Rick Porcello, we recommend filling out the booking request form so our booking agents can help with making your next event a success.

Interested in booking Rick Porcello for a virtual meeting?


Athlete Speakers is a leader when it comes to booking virtual events in the sports world. Since 1999, we have built close relationships with top athletes, agents, publicists and managers. We assist all types of companies as well as event planners with booking athletes like Rick Porcello for these virtual engagements. Companies continue to turn to Athlete Speakers to get Rick Porcello’s latest virtual speaking fee, appearance cost and schedule availability. 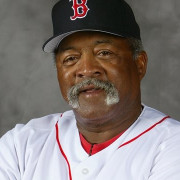 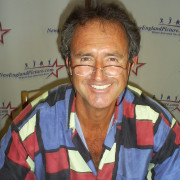 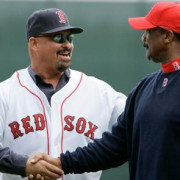