Running Back for the Tennessee Titans

Book Leon Washington for your Next Event

Leon Washington joined the New York Jets in 2006 as a fourth round draft pick out of Florida State University. Washington graduated from Andrew Jackson High School in Jacksonville, Florida, where he rushed for 2,437 yards and 28 touchdowns during his senior year. While playing at Florida State he was a standout running back and return specialist, and earned All-ACC honors and Gator Bowl Most Valuable Player honors during his junior season in 2004 after helping the Seminoles to an ACC Championship. Washington finished his FSU career with 2,041 career rushing yards and went on to become the 117th overall pick in the 2006 NFL Draft. He played the first three seasons of his career in New York before signing with the Seahawks in 2010 and then saw time with the New England Patriots in 2013 before signing with the Titans later that season. Thus far he has been named to two Pro Bowls in 2008 and 2012 and earned NFL First-Team All-Pro honors in 2007, 2008 and 2010. In 2008 he was named the NFL Alumni Special Teams Player of the Year and was awarded the Ed Block Courage Award in 2010 for his dedication to leadership, team and community. Through 2014 he has rushed for 2,271 yards and 16 touchdowns, caught 168 passes for 1,286 yards and four touchdowns, and recorded an NFL record eight kickoff return touchdowns.

Book Leon Washington for your Next Event

Disclaimer: AthleteSpeakers assists companies seeking to hire talent like Leon Washington for speaking engagements, virtual meetings, appearances, product endorsements, and business sanctions. Our speakers bureau does not claim to exclusively represent Leon Washington. Our booking agency can help with finding an athlete or sports celebrity that aligns with your upcoming events date, location, and budget. When an organization request booking details for a celebrity like Leon Washington, we work closely with the client to make sure the proposed dates does not interfere with the requested athletes schedule. We then confirm the sports celebrity fee based on the details of the request. The fees listed on the speaker profile are rough estimates based on the previous market rate for the talent. Our team then works with Leon Washington's agent, manager or assistant on the booking request. For parties interested in hiring Leon Washington, we recommend filling out the booking request form so our booking agents can help with making your next event a success.

Interested in booking Leon Washington for a virtual meeting?


Athlete Speakers is a leader when it comes to booking virtual events in the sports world. Since 1999, we have built close relationships with top athletes, agents, publicists and managers. We assist all types of companies as well as event planners with booking athletes like Leon Washington for these virtual engagements. Companies continue to turn to Athlete Speakers to get Leon Washington’s latest virtual speaking fee, appearance cost and schedule availability. 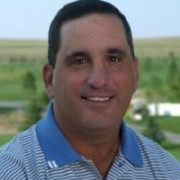 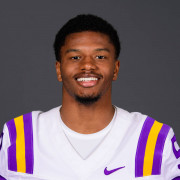 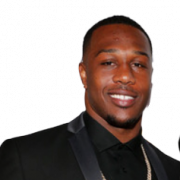 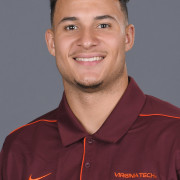