Book Landon Donovan for your Next Event

Landon Donovan is an American soccer player who most notably played for the LA Galaxy. Donovan started playing soccer at 6 years old when his mother let him play in an organized league. In his first game, Donovan scored seven goals. In 1997, Donovan was accepted into U.S. Youth Soccer’s Olympic Development Program. Two years later, Donovan attended the IMG Academy in Florida, which is part of U.S. Soccer’s training program. In late 1999, Donovan signed a six-year contract with the German club, Bayer Leverkusen. Donovan had trouble adapting to the German culture and spent much of his time training in the U.S. He was loaned to the San Jose Earthquakes of the MLS for the 2001 season. Donovan had immediate success in the MLS, as he led the Earthquakes to MLS Cup Championships in 2001 and 2003. In 2004, Donovan became the first man to be named U.S. Soccer Player of the Year for three years in a row. In his first season with the Galaxy, Donovan assisted in the playoffs as the Galaxy won the MLS Cup. After much success with the Galaxy, Donovan announced his retirement from soccer on August 4, 2014. He returned to Los Angeles fox six games in 2016 and currently plays indoor soccer for the San Diego Sockers.

Book Landon Donovan for your Next Event

Disclaimer: AthleteSpeakers assists companies seeking to hire talent like Landon Donovan for speaking engagements, virtual meetings, appearances, product endorsements, and business sanctions. Our speakers bureau does not claim to exclusively represent Landon Donovan. Our booking agency can help with finding an athlete or sports celebrity that aligns with your upcoming events date, location, and budget. When an organization request booking details for a celebrity like Landon Donovan, we work closely with the client to make sure the proposed dates does not interfere with the requested athletes schedule. We then confirm the sports celebrity fee based on the details of the request. The fees listed on the speaker profile are rough estimates based on the previous market rate for the talent. Our team then works with Landon Donovan's agent, manager or assistant on the booking request. For parties interested in hiring Landon Donovan, we recommend filling out the booking request form so our booking agents can help with making your next event a success.

Interested in booking Landon Donovan for a virtual meeting?


Athlete Speakers is a leader when it comes to booking virtual events in the sports world. Since 1999, we have built close relationships with top athletes, agents, publicists and managers. We assist all types of companies as well as event planners with booking athletes like Landon Donovan for these virtual engagements. Companies continue to turn to Athlete Speakers to get Landon Donovan’s latest virtual speaking fee, appearance cost and schedule availability. 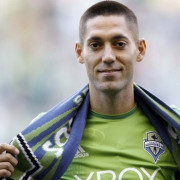 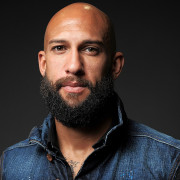 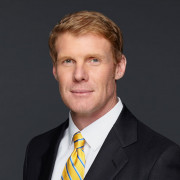