Head Coach of the Miami Heat

Book Erik Spoelstra for your Next Event

Contact AthleteSpeakers today at 800-916-6008 to book Erik Spoelstra for a keynote speech, virtual meetings, corporate appearance, grand opening, product announcement, moderated Q&A or for an exclusive meet and greet. The booking agents at AthleteSpeakers work on your behalf to get you the best price for your desired sports celebrity.


AthleteSpeakers has built very close direct relationships over the years with top athletes, agents, publicists and managers. We specialize in assisting small, medium, and large companies as well as event planners with booking athletes like Erik Spoelstra for speaking engagements and appearances at trade shows, golf outings, casinos, conferences, conventions, and corporate events. For years, companies have turned to AthleteSpeakers to get Erik Spoelstra's booking fee, appearance cost, and booking agent contact information.

Erik Spoelstra graduated from the University of Portland and went over to Germany to be a play/coach in a German basketball league. When Spoelstras back injury no longer allowed him to play, he began coaching full time and was offered a position with the Miami Heat coaching staff. He joined the Heat in 1995 as a video coordinator and worked his way up the ranks of the coaching until he was named head coach in 2008 upon Pat Riley's departure. Spoelstra became the first Asian American to be named head coach in any of the four major professional sports leagues in North America. Spoelstra helped turn around an ailing Heat franchise that had just won the NBA Finals in 2006, by taking them to back to back playoffs in 09 and 10. In 2011, with the acquisition of free agents LeBron James and Chris Bosh, Spoelstra and the heat had enormous pressures on them as the Big Three were expected to be unstoppable. After a 9-8 start to the season, Spoelstra helped bring them together to take them to their first of 4 consecutive NBA Finals. The Heat lost the first Finals with the Big Three but went on to win them back to back in 2012 and 2013. Spoelstra became just the 3rd coach in NBA history to lead his team to 4 straight NBA Finals in a losing effort to the San Antonio Spurs in the 2014 NBA Finals.

Book Erik Spoelstra for your Next Event

Disclaimer: AthleteSpeakers assists companies seeking to hire talent like Erik Spoelstra for speaking engagements, virtual meetings, appearances, product endorsements, and business sanctions. Our speakers bureau does not claim to exclusively represent Erik Spoelstra. Our booking agency can help with finding an athlete or sports celebrity that aligns with your upcoming events date, location, and budget. When an organization request booking details for a celebrity like Erik Spoelstra, we work closely with the client to make sure the proposed dates does not interfere with the requested athletes schedule. We then confirm the sports celebrity fee based on the details of the request. The fees listed on the speaker profile are rough estimates based on the previous market rate for the talent. Our team then works with Erik Spoelstra's agent, manager or assistant on the booking request. For parties interested in hiring Erik Spoelstra, we recommend filling out the booking request form so our booking agents can help with making your next event a success.

Interested in booking Erik Spoelstra for a virtual meeting?


Athlete Speakers is a leader when it comes to booking virtual events in the sports world. Since 1999, we have built close relationships with top athletes, agents, publicists and managers. We assist all types of companies as well as event planners with booking athletes like Erik Spoelstra for these virtual engagements. Companies continue to turn to Athlete Speakers to get Erik Spoelstra’s latest virtual speaking fee, appearance cost and schedule availability. 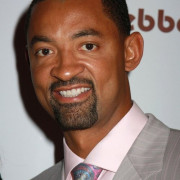 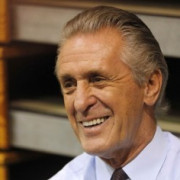 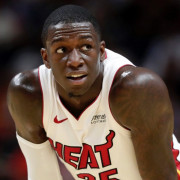 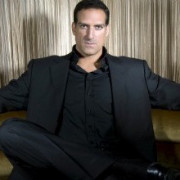 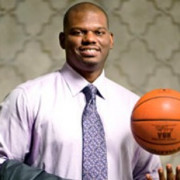