Book Cael Sanderson for your Next Event

Cael Sanderson posted an impressive 127-3 record while wrestling at Wasatch High School in Heber City, Utah and was redshirted during his first year at Iowa State in 1997-98.  However, he’d go on to win all 39 of his matches as a redshirt freshman and win the NCAA National Title in the 184-pound division.  That was only the beginning however, as he’d go on to win all 159 of his collegiate matches and capture four consecutive NCAA National Titles.  During his time at Iowa State he also captured three Dan Hodge Trophies, was named NCAA Most Outstanding Wrestler four times and was a four-time Big 12 Conference Champion.  Sanderson is the only wrestler in NCAA history to go undefeated in 100 or more matches.  His accomplishment was considered to be the second best ever college sports feat by Sports Illustrated.  For his contributions to Iowa State he was inducted into the university’s sports Hall of Fame in 2012.   After his college career he pursued an international wrestling career and won a gold medal in freestyle wrestling at the 2004 Athens Olympic Games.  Upon returning stateside he became an assistant coach at his alma mater and was eventually named the head wrestling coach at Penn State University.  During his first five years as the head coach for the Nittany Lions he led his team to four consecutive conference titles and national titles while coaching 19 All-Americans, eight individual National Champions and three National Wrestlers of the Year.  Sanderson is considered to be the greatest amateur wrestler of all-time and one of the greatest collegiate wrestling coaches of all-time.

Book Cael Sanderson for your Next Event

Disclaimer: AthleteSpeakers assists companies seeking to hire talent like Cael Sanderson for speaking engagements, virtual meetings, appearances, product endorsements, and business sanctions. Our speakers bureau does not claim to exclusively represent Cael Sanderson. Our booking agency can help with finding an athlete or sports celebrity that aligns with your upcoming events date, location, and budget. When an organization request booking details for a celebrity like Cael Sanderson, we work closely with the client to make sure the proposed dates does not interfere with the requested athletes schedule. We then confirm the sports celebrity fee based on the details of the request. The fees listed on the speaker profile are rough estimates based on the previous market rate for the talent. Our team then works with Cael Sanderson's agent, manager or assistant on the booking request. For parties interested in hiring Cael Sanderson, we recommend filling out the booking request form so our booking agents can help with making your next event a success.

Interested in booking Cael Sanderson for a virtual meeting?


Athlete Speakers is a leader when it comes to booking virtual events in the sports world. Since 1999, we have built close relationships with top athletes, agents, publicists and managers. We assist all types of companies as well as event planners with booking athletes like Cael Sanderson for these virtual engagements. Companies continue to turn to Athlete Speakers to get Cael Sanderson’s latest virtual speaking fee, appearance cost and schedule availability. 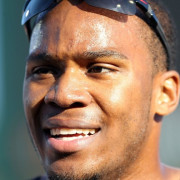 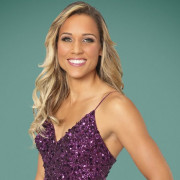 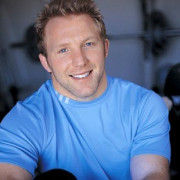 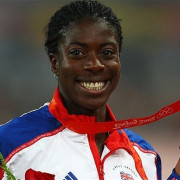 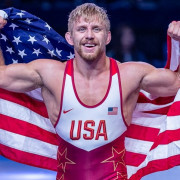