Book William 'Refrigerator' Perry for your Next Event

There were not many NFL players better known in the 1980s than William “Refrigerator” Perry.  “The Fridge” played a decade in the league mostly for the Chicago Bears.  The Bears originally drafted Perry in the first round of the 1985 NFL Draft and the team went on to win Super Bowl XX after that season.  He was originally a hit with Bears fans, even lining up in the backfield on offense.  In total, Perry scored three touchdowns in that rookie season.  He had 29 sacks in his career.  Perry also played two seasons for the Philadelphia Eagles before retiring.  He was one of the best players to ever play at Clemson.  The Tigers won a national championship in Perry’s freshman season and he was an All-American as a junior.  Due to his size and happy go lucky nature, celebrity has always followed him.  Perry appeared at WrestleMania II and was inducted into the celebrity wing of the WWE Hall of Fame.  During his career, he was a sought-after corporate pitchman and still appears for many companies today.

Book William 'Refrigerator' Perry for your Next Event

Interested in booking William 'Refrigerator' Perry for a virtual meeting?


Athlete Speakers is a leader when it comes to booking virtual events in the sports world. Since 1999, we have built close relationships with top athletes, agents, publicists and managers. We assist all types of companies as well as event planners with booking athletes like William 'Refrigerator' Perry for these virtual engagements. Companies continue to turn to Athlete Speakers to get William 'Refrigerator' Perry’s latest virtual speaking fee, appearance cost and schedule availability. 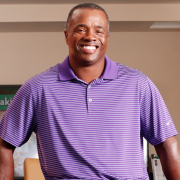 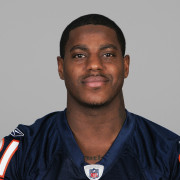