Book Tim Raines for your Next Event

Tim Raines played an incredible 23 seasons in the big leagues. In 1979 he made his major league debut with the Montreal Expos and starred north of the border for 11 seasons, earning seven consecutive All-Star appearances from 1981 to 1987 before leaving for the Chicago White Sox in 1991 and joining the New York Yankees in 1996. During his three years with the Yankees he helped his team to two World Series titles. He’d go on to see time with the Oakland Athletics, Montreal Expos and Baltimore Orioles before finishing his career with the Florida Marlins in 2002. With speed and savvy, Raines was always a threat on the bases, and captured four consecutive stolen bases crowns from 1981 to 1984 and won the National League Batting Title in 1986. After his playing career ended he began coaching in the minor leagues with the Expos and eventually became a coach in the White Sox organization in 2004. In 2005 he helped the White Sox to a World Series title, adding to his collection of rings from his playing career. Raines was inducted into the Baseball Hall of Fame in 2017.

Book Tim Raines for your Next Event

Disclaimer: AthleteSpeakers assists companies seeking to hire talent like Tim Raines for speaking engagements, virtual meetings, appearances, product endorsements, and business sanctions. Our speakers bureau does not claim to exclusively represent Tim Raines. Our booking agency can help with finding an athlete or sports celebrity that aligns with your upcoming events date, location, and budget. When an organization request booking details for a celebrity like Tim Raines, we work closely with the client to make sure the proposed dates does not interfere with the requested athletes schedule. We then confirm the sports celebrity fee based on the details of the request. The fees listed on the speaker profile are rough estimates based on the previous market rate for the talent. Our team then works with Tim Raines's agent, manager or assistant on the booking request. For parties interested in hiring Tim Raines, we recommend filling out the booking request form so our booking agents can help with making your next event a success.

Interested in booking Tim Raines for a virtual meeting?


Athlete Speakers is a leader when it comes to booking virtual events in the sports world. Since 1999, we have built close relationships with top athletes, agents, publicists and managers. We assist all types of companies as well as event planners with booking athletes like Tim Raines for these virtual engagements. Companies continue to turn to Athlete Speakers to get Tim Raines’s latest virtual speaking fee, appearance cost and schedule availability. 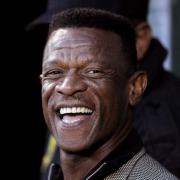 Rickey Henderson Hall Of Fame Outfielder For The Oakland A's 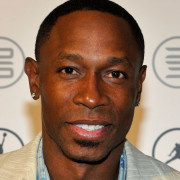 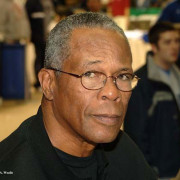