Book Scott Frost for your Next Event

Scott Frost was born January 4, 1975 and is a football coach and former player. He was previously the offensive coordinator at the University of Oregon, the head coach at the University of Central Florida and at his alma mater, Nebraska. He played six years in the National Football League with the New York Jets, Cleveland Browns, Green Bay Packers, and Tampa Bay Buccaneers. Frost was the starting quarterback for Tom Osborne's undefeated Nebraska Cornhuskers 1997 national championship team.

In his first season as Oregon's offensive coordinator, Frost's offense set a school record for total offense in a season at 7,345 yards, besting the old mark of 7,319 in 2011, which happened during a 14-game season. Oregon finished the season with an 11–2 record and a top-ten ranking after beating Texas 30–7 in the 2013 Alamo Bowl.

On December 1, 2015, Frost was hired as the head football coach at the University of Central Florida. After a 6-6 record in his first season, he led the Knights to a perfect 13-0 record, American Athletic Conference championship and victory in the Chik-fil-A Peach Bowl in 2018.

Book Scott Frost for your Next Event

Disclaimer: AthleteSpeakers assists companies seeking to hire talent like Scott Frost for speaking engagements, virtual meetings, appearances, product endorsements, and business sanctions. Our speakers bureau does not claim to exclusively represent Scott Frost. Our booking agency can help with finding an athlete or sports celebrity that aligns with your upcoming events date, location, and budget. When an organization request booking details for a celebrity like Scott Frost, we work closely with the client to make sure the proposed dates does not interfere with the requested athletes schedule. We then confirm the sports celebrity fee based on the details of the request. The fees listed on the speaker profile are rough estimates based on the previous market rate for the talent. Our team then works with Scott Frost's agent, manager or assistant on the booking request. For parties interested in hiring Scott Frost, we recommend filling out the booking request form so our booking agents can help with making your next event a success.

Interested in booking Scott Frost for a virtual meeting?


Athlete Speakers is a leader when it comes to booking virtual events in the sports world. Since 1999, we have built close relationships with top athletes, agents, publicists and managers. We assist all types of companies as well as event planners with booking athletes like Scott Frost for these virtual engagements. Companies continue to turn to Athlete Speakers to get Scott Frost’s latest virtual speaking fee, appearance cost and schedule availability. 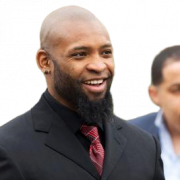 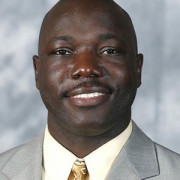 Tommie Frazier Former Quarterback For The University Of Nebraska