Quarterback for the Chicago Bears and Super Bowl LII MVP

Book Nick Foles for your Next Event

Super Bowl LII MVP, Nick Foles is a quarterback for the Chicago Bears. Foles originally committed to Arizona State, but he later decided to attend Michigan State, and ultimately transferred to the University of Arizona. Foles had to redshirt during his freshman year at Arizona in 2008. Foles was the backup quarterback during his sophomore year, but he was able to start a few games. As a redshirt junior in 2010, Foles became the unquestioned starter. The Philadelphia Eagles selected Foles in the third round of the 2012 NFL Draft. On May 21, 2012, he signed a four-year contract with the Eagles. Foles made his professional career against the Dallas Cowboys when Michael Vick left the game with a few concussion symptoms. On December 3, 2012, Foles was named the starter for the remainder of the year. Foles has continued to be the starting quarterback for the Eagles. He was selected to the Pro Bowl and he won Pro Bowl Offensive MVP in 2013. He currently holds the record for youngest player in NFL history to throw for 7 TDs in a single game.

After three years in Philly, Foles went on to play for the St. Louis Rams and Kansas City Chiefs. He resigned with the Eagles in 2017 and made history. The team's starting quarterback, Carson Wentz was injured late in the regular season, Foles led the Eagles to the franchise's first-ever Super Bowl win. The Eagles defeated the New England Patriots in Super Bowl LII, and Foles was named the Super Bowl MVP. He moved on to play with the Jacksonville Jaguars for one season before being traded to the Chicago Bears in 2020.

Book Nick Foles for your Next Event

Disclaimer: AthleteSpeakers assists companies seeking to hire talent like Nick Foles for speaking engagements, virtual meetings, appearances, product endorsements, and business sanctions. Our speakers bureau does not claim to exclusively represent Nick Foles. Our booking agency can help with finding an athlete or sports celebrity that aligns with your upcoming events date, location, and budget. When an organization request booking details for a celebrity like Nick Foles, we work closely with the client to make sure the proposed dates does not interfere with the requested athletes schedule. We then confirm the sports celebrity fee based on the details of the request. The fees listed on the speaker profile are rough estimates based on the previous market rate for the talent. Our team then works with Nick Foles's agent, manager or assistant on the booking request. For parties interested in hiring Nick Foles, we recommend filling out the booking request form so our booking agents can help with making your next event a success.

Interested in booking Nick Foles for a virtual meeting?


Athlete Speakers is a leader when it comes to booking virtual events in the sports world. Since 1999, we have built close relationships with top athletes, agents, publicists and managers. We assist all types of companies as well as event planners with booking athletes like Nick Foles for these virtual engagements. Companies continue to turn to Athlete Speakers to get Nick Foles’s latest virtual speaking fee, appearance cost and schedule availability. 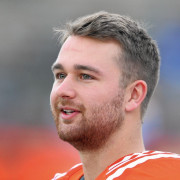 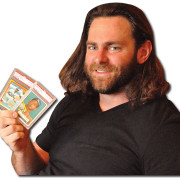 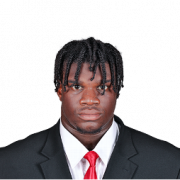