Hall of Fame Foward for the Utah Jazz

Book Karl Malone for your Next Event

Contact AthleteSpeakers today at 800-916-6008 to book Karl Malone for a keynote speech, corporate appearance, grand opening, product announcement, moderated Q&A or for an exclusive meet and greet. The booking agents at AthleteSpeakers work on your behalf to get you the best price for your desired sports celebrity.


AthleteSpeakers has built very close direct relationships over the years with top athletes, agents, publicists and managers. We specialize in assisting small, medium, and large companies as well as event planners with booking athletes like Karl Malone for speaking engagements and appearances at trade shows, golf outings, casinos, conferences, conventions, and corporate events. For years, companies have turned to AthleteSpeakers to get Karl Malone's booking fee, appearance cost, and booking agent contact information.

Karl Malone, known as “The Mailman”, played 19 seasons in the NBA with the Utah Jazz from 1985 to 2003 and Los Angeles Lakers from 2003 to 2004. Prior to becoming a star in the NBA he played college ball at Louisiana Tech from 1982 to 1985 and earned Southland Conference Player of the Year and All-American honors in 1983. For his incredible performance and leadership at Louisiana Tech he was honored with induction into the Louisiana Tech Athletic Hall of Fame in 1992. During his legendary NBA career he earned 14 NBA All-Star selections, was named MVP of the All-Star game twice in 1989 and 1993, earned 14 All-NBA selections, four NBA All-Defensive Team selections, and was named the NBA Most Valuable Player in 1997 and 1999. Malone retired in 2004 with 36,928 points and 14,968 rebounds, which was good for a career average of 25 points and 10.1 rebounds per game. Malone is currently the Utah Jazz franchise all-time leading scorer, and has been honored by having his No. 32 jersey retired. He also represented the United States on the famed Dream Team, and led the red, white and blue to two gold medals at the 1992 and 1996 Olympic games. For his contributions to the game, he was inducted into the Naismith Memorial Basketball Hall of Fame as both an NBA player and member of the Dream Team.

Book Karl Malone for your Next Event

Disclaimer: AthleteSpeakers assists companies seeking to hire talent like Karl Malone for speaking engagements, appearances, product endorsements, and business sanctions. Our speakers bureau does not claim to exclusively represent Karl Malone. Our booking agency can help with finding an athlete or sports celebrity that aligns with your upcoming events date, location, and budget. When an organization request booking details for a celebrity like Karl Malone, we work closely with the client to make sure the proposed dates does not interfere with the requested athletes schedule. We then confirm the sports celebrity fee based on the details of the request. The fees listed on the speaker profile are rough estimates based on the previous market rate for the talent. Our team then works with Karl Malone's agent, manager or assistant on the booking request. For parties interested in hiring Karl Malone, we recommend filling out the booking request form so our booking agents can help with making your next event a success. 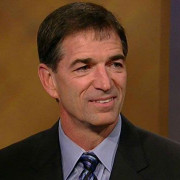 John Stockton Hall Of Fame Guard For The Utah Jazz 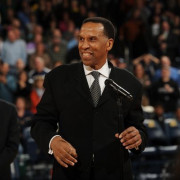 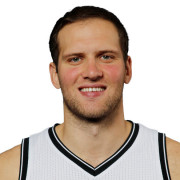 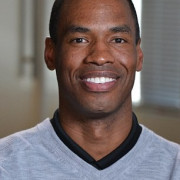