Book John Kuhn for your Next Event

John Kuhn became a Green Bay Packers fan favorite in perhaps the most unpredictable way. Kuhn's journey began as a four-sport star at Dover Area High School in York County, Pennsylvania, earning varsity letters in football, baseball, basketball and track. On the gridiron, he became the first player in school history to rush for over 1,000 yards in back-to-back seasons and finished his prep career with 2,242 rushing yards and 20 touchdowns. After high school, he headed to Shippensburg University, where he earned All-American honors on the field and in the classroom, and earned a spot in the Shippensburg University Athletic Hall of Fame in 2013.

In 2005 he was overlooked in the NFL Draft, but signed as a free agent with the Pittsburgh Steelers. He played two seasons with the Steelers and helped them to a Super Bowl title in 2006. Kuhn then truly found a home in Green Bay, lining up at fullback from 2007-2015. He made three Pro Bowls, was a first-team All-Pro in 2014 and helped the Packers win Super Bowl XLV. Kuhn finished his career spending two years with the New Orleans Saints, but returned to Green Bay in retirement and is still a part of the team's radio broadcasts as well as a local talk show co-host.

Book John Kuhn for your Next Event

Disclaimer: AthleteSpeakers assists companies seeking to hire talent like John Kuhn for speaking engagements, virtual meetings, appearances, product endorsements, and business sanctions. Our speakers bureau does not claim to exclusively represent John Kuhn. Our booking agency can help with finding an athlete or sports celebrity that aligns with your upcoming events date, location, and budget. When an organization request booking details for a celebrity like John Kuhn, we work closely with the client to make sure the proposed dates does not interfere with the requested athletes schedule. We then confirm the sports celebrity fee based on the details of the request. The fees listed on the speaker profile are rough estimates based on the previous market rate for the talent. Our team then works with John Kuhn's agent, manager or assistant on the booking request. For parties interested in hiring John Kuhn, we recommend filling out the booking request form so our booking agents can help with making your next event a success.

Interested in booking John Kuhn for a virtual meeting?


Athlete Speakers is a leader when it comes to booking virtual events in the sports world. Since 1999, we have built close relationships with top athletes, agents, publicists and managers. We assist all types of companies as well as event planners with booking athletes like John Kuhn for these virtual engagements. Companies continue to turn to Athlete Speakers to get John Kuhn’s latest virtual speaking fee, appearance cost and schedule availability. 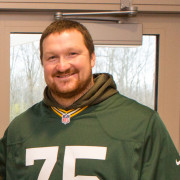 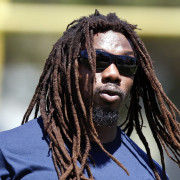