Book Jeff Francoeur for your Next Event

Contact AthleteSpeakers today at 800-916-6008 to book Jeff Francoeur for a keynote speech, virtual meetings, corporate appearance, grand opening, product announcement, moderated Q&A or for an exclusive meet and greet. The booking agents at AthleteSpeakers work on your behalf to get you the best price for your desired sports celebrity.


AthleteSpeakers has built very close direct relationships over the years with top athletes, agents, publicists and managers. We specialize in assisting small, medium, and large companies as well as event planners with booking athletes like Jeff Francoeur for speaking engagements and appearances at trade shows, golf outings, casinos, conferences, conventions, and corporate events. For years, companies have turned to AthleteSpeakers to get Jeff Francoeur's booking fee, appearance cost, and booking agent contact information.

Jeff Francoeur is a former major league outfielder who achieved great success with the Atlanta Braves. The Braves selected him in the 2002 MLB Draft. In 2004, Baseball America named Francoeur the top prospect in the Atlanta system. That season, he was named to the Carolina League's regular season and postseason All-Star teams. Francoeur was also selected for the All-Star Futures Game in 2005. He made his major league debut during that season. Francoeur hit .360 in his first 37 games and made the cover of Sports Illustrated. He finished the year batting .300 with 14 home runs and 44 RBI in 67 games. Leading into 2006, he was named to the Team USA roster for the first World Baseball Classic. In his first full season, Francoeur hit .260 with 29 homers with 103 RBI. He had another 100 RBI campaign in 2007, led the National League in outfield assists and won a Gold Glove. Francoeur was traded during the 2009 season to the New York Mets. He was dealt to the Texas Rangers late in the 2010 season and was part of the team that won the American League. Francoeur went on to play for several other franchises, including spending a second stint with the Braves before retiring in 2017. He currently is a part-time color commentator for the Braves on Fox Sports South.

Book Jeff Francoeur for your Next Event

Disclaimer: AthleteSpeakers assists companies seeking to hire talent like Jeff Francoeur for speaking engagements, virtual meetings, appearances, product endorsements, and business sanctions. Our speakers bureau does not claim to exclusively represent Jeff Francoeur. Our booking agency can help with finding an athlete or sports celebrity that aligns with your upcoming events date, location, and budget. When an organization request booking details for a celebrity like Jeff Francoeur, we work closely with the client to make sure the proposed dates does not interfere with the requested athletes schedule. We then confirm the sports celebrity fee based on the details of the request. The fees listed on the speaker profile are rough estimates based on the previous market rate for the talent. Our team then works with Jeff Francoeur's agent, manager or assistant on the booking request. For parties interested in hiring Jeff Francoeur, we recommend filling out the booking request form so our booking agents can help with making your next event a success.

Interested in booking Jeff Francoeur for a virtual meeting?


Athlete Speakers is a leader when it comes to booking virtual events in the sports world. Since 1999, we have built close relationships with top athletes, agents, publicists and managers. We assist all types of companies as well as event planners with booking athletes like Jeff Francoeur for these virtual engagements. Companies continue to turn to Athlete Speakers to get Jeff Francoeur’s latest virtual speaking fee, appearance cost and schedule availability. 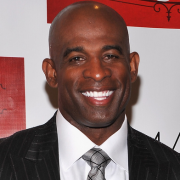 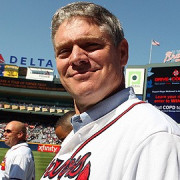 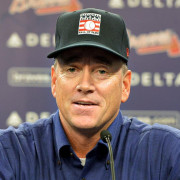 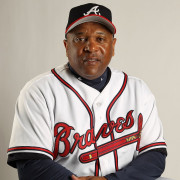