Book Danica Patrick for your Next Event

Danica Patrick was trailblazer throughout her career in auto racing. She is the most successful woman in the history of American open-wheel racing—her victory in the 2008 Indy Japan 300 is the only win by a woman in an IndyCar Series race. She first drove in the IndyCar Series with Rahal Letterman Racing in 2005 and took three pole positions, equaling Tomas Scheckter's record of poles in a rookie season. She was named the Rookie of the Year for both the 2005 Indianapolis 500 and the 2005 IndyCar Series. In 2009, Patrick posted her best Indianapolis 500 finish, 3rd, and also placed a career-best fifth in the year-end standings. The next season, she entered the stock car racing world in the NASCAR Nationwide Series. She placed a career-high tenth in the 2012 season standings and was the second woman to clinch a pole position in the Nationwide Series since Shawna Robinson in 1994. Patrick started in the Sprint Cup Series in 2012. She became the first woman to win a Cup Series pole position by setting the fastest qualifying lap for the 2013 Daytona 500, finishing eighth. Patrick bested Janet Guthrie's record for the most top-ten finishes by a woman in the Sprint Cup Series in 2015. She announced her intention to step away from full-time racing after the 2017 season, but competed at the 2018 Daytona 500 and the 2018 Indianapolis 500 before officially retiring

Book Danica Patrick for your Next Event

Disclaimer: AthleteSpeakers assists companies seeking to hire talent like Danica Patrick for speaking engagements, virtual meetings, appearances, product endorsements, and business sanctions. Our speakers bureau does not claim to exclusively represent Danica Patrick. Our booking agency can help with finding an athlete or sports celebrity that aligns with your upcoming events date, location, and budget. When an organization request booking details for a celebrity like Danica Patrick, we work closely with the client to make sure the proposed dates does not interfere with the requested athletes schedule. We then confirm the sports celebrity fee based on the details of the request. The fees listed on the speaker profile are rough estimates based on the previous market rate for the talent. Our team then works with Danica Patrick's agent, manager or assistant on the booking request. For parties interested in hiring Danica Patrick, we recommend filling out the booking request form so our booking agents can help with making your next event a success.

Interested in booking Danica Patrick for a virtual meeting?


Athlete Speakers is a leader when it comes to booking virtual events in the sports world. Since 1999, we have built close relationships with top athletes, agents, publicists and managers. We assist all types of companies as well as event planners with booking athletes like Danica Patrick for these virtual engagements. Companies continue to turn to Athlete Speakers to get Danica Patrick’s latest virtual speaking fee, appearance cost and schedule availability. 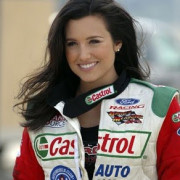 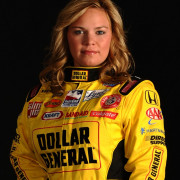 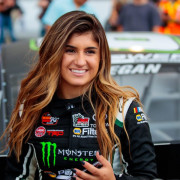 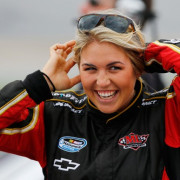