Book Terrell Owens for your Next Event

Terrell Owens is a retired NFL wide receiver, currently ranked second overall in receiving yards in NFL history, along with being ranked third for most touchdown receptions. After a decent career at the University of Tennessee at Chattanooga, Owens was drafted in the third round of the 1996 NFL Draft. Owens broke out in 1998 after an injury to Jerry Rice put Owens into the main receiver role, finishing the season with 936 reception yards and eight touchdowns. After a controversial trade and then lawsuit, Owens signed with the Philadelphia Eagles in 2004, receiving a seven year deal worth forty nine million dollars. After a successful but tumultuous two seasons with the Eagles, Owens was cut and signed with the Dallas Cowboys in 2006. Owens would go on to lead the league with 13 reception touchdowns that season, earning his sixth Pro Bowl honor. Owens act would eventually grow tired in Dallas, and although he was extremely talented, owner Jerry Jones became fed up, releasing Owens in 2009. Owens struggled to find a home after the Cowboys, playing for various teams, but never reaching the elite status again. Owens is also a respected and best-selling author, penning a children’s book, “Little T Learns To Share” and a fitness book “Finding Fitness”. Owens’ latest endeavor, “The What TO Do Global Campaign” is an initiative aimed at empowering and motivating youth around the world through speaking, workshops and with the launch an inspirational clothing line for men, women and children. His most recent TV venture was being a contestant on Donald Trump's Celebrity Apprentice.

Book Terrell Owens for your Next Event

Disclaimer: AthleteSpeakers assists companies seeking to hire talent like Terrell Owens for speaking engagements, virtual meetings, appearances, product endorsements, and business sanctions. Our speakers bureau does not claim to exclusively represent Terrell Owens. Our booking agency can help with finding an athlete or sports celebrity that aligns with your upcoming events date, location, and budget. When an organization request booking details for a celebrity like Terrell Owens, we work closely with the client to make sure the proposed dates does not interfere with the requested athletes schedule. We then confirm the sports celebrity fee based on the details of the request. The fees listed on the speaker profile are rough estimates based on the previous market rate for the talent. Our team then works with Terrell Owens's agent, manager or assistant on the booking request. For parties interested in hiring Terrell Owens, we recommend filling out the booking request form so our booking agents can help with making your next event a success.

Interested in booking Terrell Owens for a virtual meeting?


Athlete Speakers is a leader when it comes to booking virtual events in the sports world. Since 1999, we have built close relationships with top athletes, agents, publicists and managers. We assist all types of companies as well as event planners with booking athletes like Terrell Owens for these virtual engagements. Companies continue to turn to Athlete Speakers to get Terrell Owens’s latest virtual speaking fee, appearance cost and schedule availability. 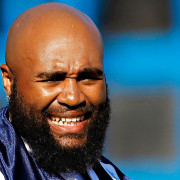 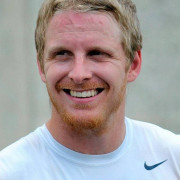