Most Decorated Olympian of All-Time

Book Michael Phelps for your Next Event

Michael Phelps sits at the top of the list when it comes to Olympic legends. Phelps won a record 28 Olympic medals during his competitive swimming career. He also holds records for gold medals, individual gold medals and individual medals. Phelps effort at the 2008 Olympics in Beijing was particularly historic. He broke Mark Spitz's mark by winning eight gold medals in a single Games. That effort earned Phelps Sports Illustrated's Sportsman of the Year award. Overall, he had an incredible run that saw him become the most successful athlete at four straight Olympics. Phelps first Olympic experience came in 2000 and at 15 years old, he was the youngest male to swim for Team USA in 68 years. Phelps capped his career at the 2016 Games in Rio de Janeiro and served as the flag bearer for the U.S. at the opening ceremonies. Phelps was an eight-time World Swimmer of the Year and 11-time American Swimmer of the Year. Outside of the pool, Michael Phelps promotes swimming and healthy lifestyles through the Michael Phelps Foundation. He is also a mental health advocate, who has publically spoken about his issues with ADHD and depression.

Book Michael Phelps for your Next Event

Disclaimer: AthleteSpeakers assists companies seeking to hire talent like Michael Phelps for speaking engagements, virtual meetings, appearances, product endorsements, and business sanctions. Our speakers bureau does not claim to exclusively represent Michael Phelps. Our booking agency can help with finding an athlete or sports celebrity that aligns with your upcoming events date, location, and budget. When an organization request booking details for a celebrity like Michael Phelps, we work closely with the client to make sure the proposed dates does not interfere with the requested athletes schedule. We then confirm the sports celebrity fee based on the details of the request. The fees listed on the speaker profile are rough estimates based on the previous market rate for the talent. Our team then works with Michael Phelps's agent, manager or assistant on the booking request. For parties interested in hiring Michael Phelps, we recommend filling out the booking request form so our booking agents can help with making your next event a success.

Interested in booking Michael Phelps for a virtual meeting?


Athlete Speakers is a leader when it comes to booking virtual events in the sports world. Since 1999, we have built close relationships with top athletes, agents, publicists and managers. We assist all types of companies as well as event planners with booking athletes like Michael Phelps for these virtual engagements. Companies continue to turn to Athlete Speakers to get Michael Phelps’s latest virtual speaking fee, appearance cost and schedule availability. 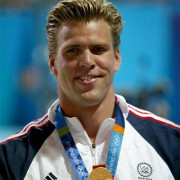 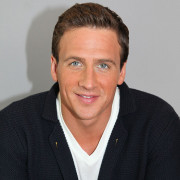 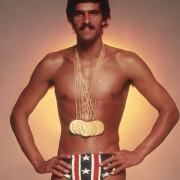