Book Kurt Warner for your Next Event

Kurt Warner’s resume is one of the most well rounded and impressive you will ever see from a professional athlete. His career started out with some uncertainty after not being selected in the 1994 NFL draft out of Northern Iowa, forcing him to take a job stocking shelves at a grocery store for $5.50 an hour and take a graduate assistant job at his old college. But with football being his passion, he took advantage of the opportunity to join the Iowa Barnstormers in the Arena Football League.

During his four years in the AFL he recorded over 10,000 passing yards and passed for 183 touchdowns, leading the Iowa Barnstormers to consecutive Arena Bowl appearances in 1996 and 1997. His performance during this time landed him in both the Iowa Barnstormers and AFL Hall of Fames, and earned him the respect of NFL scouts around the league.

In 1998 his NFL dreams came true when he joined the St. Louis Rams, and just one year later he launched himself into superstardom by leading the Rams to a Super Bowl Championship and earning Super Bowl MVP and NFL MVP honors. He would go on to be named the NFL MVP in 2001 and 2008 and earn four Pro-Bowl selections over the course of his 12-year NFL career. In 2014 he was honored with induction into the Arizona Cardinals Ring of Honor.

Book Kurt Warner for your Next Event

Disclaimer: AthleteSpeakers assists companies seeking to hire talent like Kurt Warner for speaking engagements, virtual meetings, appearances, product endorsements, and business sanctions. Our speakers bureau does not claim to exclusively represent Kurt Warner. Our booking agency can help with finding an athlete or sports celebrity that aligns with your upcoming events date, location, and budget. When an organization request booking details for a celebrity like Kurt Warner, we work closely with the client to make sure the proposed dates does not interfere with the requested athletes schedule. We then confirm the sports celebrity fee based on the details of the request. The fees listed on the speaker profile are rough estimates based on the previous market rate for the talent. Our team then works with Kurt Warner's agent, manager or assistant on the booking request. For parties interested in hiring Kurt Warner, we recommend filling out the booking request form so our booking agents can help with making your next event a success.

Interested in booking Kurt Warner for a virtual meeting?


Athlete Speakers is a leader when it comes to booking virtual events in the sports world. Since 1999, we have built close relationships with top athletes, agents, publicists and managers. We assist all types of companies as well as event planners with booking athletes like Kurt Warner for these virtual engagements. Companies continue to turn to Athlete Speakers to get Kurt Warner’s latest virtual speaking fee, appearance cost and schedule availability. 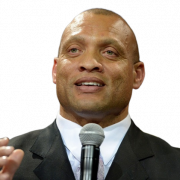 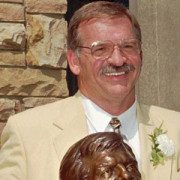