Book Jack Del Rio for your Next Event

Jack Del Rio is a former NFL head coach and player who currently serves as the defensive coordinator of the Washington Redskins. Del Rio was born in Castro Valley, California in the 1960’s and grew up playing basketball, baseball, and football all his life. Although mainly excelling in baseball and drafted in the 1981 amateur MLB Draft by the Toronto Blue Jays out of high school, Del Rio chose instead to attend college at the University of Southern California and play both baseball and football for the Trojans. Del Rio was voted the Most Valuable Player of the 1985 Rose Bowl and ultimately went on to sign professionally with the NFL after college, having been selected in the third round of the 1985 draft by the New Orleans Saints. Del Rio played his more than a decade long career between the Saints, the Kansas City Chiefs, the Dallas Cowboys and the Minnesota Vikings. He went back to the Saints to join the coaching staff in 1997, where he launched his career as a coach. Del Rio has since coached for the Ravens, Panthers, Jaguars and Broncos. He is highly respected as a coach, person, and former player and even became the second NFL head coach to wear a suit on the sidelines since 1993 while he was coaching for the Jaguars. Del Rio currently has one Super Bowl Championship under his belt while coaching for the Ravens.

Book Jack Del Rio for your Next Event

Disclaimer: AthleteSpeakers assists companies seeking to hire talent like Jack Del Rio for speaking engagements, virtual meetings, appearances, product endorsements, and business sanctions. Our speakers bureau does not claim to exclusively represent Jack Del Rio. Our booking agency can help with finding an athlete or sports celebrity that aligns with your upcoming events date, location, and budget. When an organization request booking details for a celebrity like Jack Del Rio, we work closely with the client to make sure the proposed dates does not interfere with the requested athletes schedule. We then confirm the sports celebrity fee based on the details of the request. The fees listed on the speaker profile are rough estimates based on the previous market rate for the talent. Our team then works with Jack Del Rio's agent, manager or assistant on the booking request. For parties interested in hiring Jack Del Rio, we recommend filling out the booking request form so our booking agents can help with making your next event a success.

Interested in booking Jack Del Rio for a virtual meeting?


Athlete Speakers is a leader when it comes to booking virtual events in the sports world. Since 1999, we have built close relationships with top athletes, agents, publicists and managers. We assist all types of companies as well as event planners with booking athletes like Jack Del Rio for these virtual engagements. Companies continue to turn to Athlete Speakers to get Jack Del Rio’s latest virtual speaking fee, appearance cost and schedule availability. 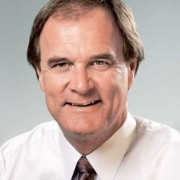