Book Gabbi Tuft for your Next Event

Contact AthleteSpeakers today at 800-916-6008 to book Gabbi Tuft for a keynote speech, virtual meetings, corporate appearance, grand opening, product announcement, moderated Q&A or for an exclusive meet and greet. The booking agents at AthleteSpeakers work on your behalf to get you the best price for your desired sports celebrity.


AthleteSpeakers has built very close direct relationships over the years with top athletes, agents, publicists and managers. We specialize in assisting small, medium, and large companies as well as event planners with booking athletes like Gabbi Tuft for speaking engagements and appearances at trade shows, golf outings, casinos, conferences, conventions, and corporate events. For years, companies have turned to AthleteSpeakers to get Gabbi Tuft's booking fee, appearance cost, and booking agent contact information.

Gabbi Tuft is known worldwide as former WWE Superstar “Tyler Reks” and founder of the international renown fitness company, Body Spartan. She publicly announced to the world that she was transgender in February 2021.

Gabbi shocked the world as she was not only the first WWE Superstar to come out as transgender but also because she was previously the epitome of what the world viewed as an alpha male. At 280 lbs and 8% body fat with a massive beard and dreadlocks down to her butt,

Gabbi literally set the standard for what society had previously defined as hyper-masculine. Her transition is amazing and shocking in that she can go from such a rough, masculine figure to the soft, much smaller female she is now.

Born in San Francisco and raised in the Sonoma/Napa area, Gabbi was considered a “nerd” in high school. A straight-A student with a 4.0 GPA, Gabbi was ridiculed and bullied through her freshmen and sophomore year of high school. The constant bullying resulted in Gabbi turning to her father’s weight set in the garage. From the age of 14-40, she built her body into what many consider to be the equivalent of a Viking warrior.

In 2002 Gabbi married the love of her life, Priscilla Tuft, and the two moved to Southern California, where Gabbi took up surfing and pursued her passion for the gym. In 2008, Gabbi was offered a contract by WWE, and she and Priscilla moved to Tampa, FL, to begin her wrestling training.

In July 2009, Gabbi debuted on television as part of WWE’s ECW roster. She then slowly rose through the ranks, appearing on RAW, Smackdown, Superstars, NXT, multiple pay-per-view events, and several Wrestlemania’s. Gabbi retired from WWE in 2012 when her daughter, Mia, was just eight months old. She threw in the towel to ensure she would be a stay-at-home father as her daughter grew up.

In 2012, after the death of her brother, Gabbi began Body Spartan with the goal of never missing an opportunity to help someone in need. Body Spartan, an online fitness company, was the first to bring the ketogenic diet to the internet. The company flourished and grew, and Gabbi grew into herself as she motivated the masses with her motivational videos, tours, and public speaking.

It was the summer of COVID in 2020 when Gabbi began experimenting with presenting females in the privacy of her own home. Her wife, Priscilla, was there every step of the way to encourage and mentor her in all things female.

Now, after announcing her transition, she has successfully obtained her real estate license, is a licensed Realtor, and recently launched a new online personal fitness coaching endeavor.

Her current goal is to ensure that her story is told and that it remains raw, real, and 100% transparent in the hopes it will create a paradigm shift and give others hope and courage.

Book Gabbi Tuft for your Next Event

Disclaimer: AthleteSpeakers assists companies seeking to hire talent like Gabbi Tuft for speaking engagements, virtual meetings, appearances, product endorsements, and business sanctions. Our speakers bureau does not claim to exclusively represent Gabbi Tuft. Our booking agency can help with finding an athlete or sports celebrity that aligns with your upcoming events date, location, and budget. When an organization request booking details for a celebrity like Gabbi Tuft, we work closely with the client to make sure the proposed dates does not interfere with the requested athletes schedule. We then confirm the sports celebrity fee based on the details of the request. The fees listed on the speaker profile are rough estimates based on the previous market rate for the talent. Our team then works with Gabbi Tuft's agent, manager or assistant on the booking request. For parties interested in hiring Gabbi Tuft, we recommend filling out the booking request form so our booking agents can help with making your next event a success.

Interested in booking Gabbi Tuft for a virtual meeting?


Athlete Speakers is a leader when it comes to booking virtual events in the sports world. Since 1999, we have built close relationships with top athletes, agents, publicists and managers. We assist all types of companies as well as event planners with booking athletes like Gabbi Tuft for these virtual engagements. Companies continue to turn to Athlete Speakers to get Gabbi Tuft’s latest virtual speaking fee, appearance cost and schedule availability. 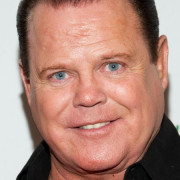 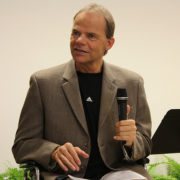 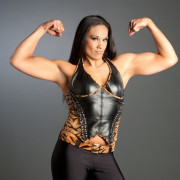