Book D'Qwell Jackson for your Next Event

D’Qwell Jackson is a retired NFL linebacker who played ten seasons. Jackson was born and raised in Florida throughout the 1980’s and ‘90’s and excelled tremendously on his high school football team. As an outside linebacker prospect, he was ultimately ranked 57th in the nation and was recruited by several schools, settling on the University of Maryland. As a Terrapin, Jackson was immediately looked up to as he led the defensive line. He set a record at the University of Maryland becoming only the seventh player to obtain more than 400 tackles in his college career. Entering the 2006 NFL Draft as the second-highest rated linebacker, Jackson was selected in the second round by the Cleveland Browns. He continued to play for the Browns for eight seasons, where he was recognized for a variety of reasons. Still living up to his reputation as an outstanding defensive player, Jackson led the AFC in tackles several times. His character was recognized as well as he was a recipient of the Ed Block Courage award in 2011, which was granted to him by the vote of his teammates as they considered him to be a role model of inspiration, sportsmanship, and courage. Jackson was traded to the Colts for the 2014 season and retired following the 2016 campaign.

Book D'Qwell Jackson for your Next Event

Disclaimer: AthleteSpeakers assists companies seeking to hire talent like D'Qwell Jackson for speaking engagements, virtual meetings, appearances, product endorsements, and business sanctions. Our speakers bureau does not claim to exclusively represent D'Qwell Jackson. Our booking agency can help with finding an athlete or sports celebrity that aligns with your upcoming events date, location, and budget. When an organization request booking details for a celebrity like D'Qwell Jackson, we work closely with the client to make sure the proposed dates does not interfere with the requested athletes schedule. We then confirm the sports celebrity fee based on the details of the request. The fees listed on the speaker profile are rough estimates based on the previous market rate for the talent. Our team then works with D'Qwell Jackson's agent, manager or assistant on the booking request. For parties interested in hiring D'Qwell Jackson, we recommend filling out the booking request form so our booking agents can help with making your next event a success.

Interested in booking D'Qwell Jackson for a virtual meeting?


Athlete Speakers is a leader when it comes to booking virtual events in the sports world. Since 1999, we have built close relationships with top athletes, agents, publicists and managers. We assist all types of companies as well as event planners with booking athletes like D'Qwell Jackson for these virtual engagements. Companies continue to turn to Athlete Speakers to get D'Qwell Jackson’s latest virtual speaking fee, appearance cost and schedule availability. 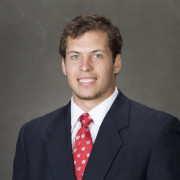 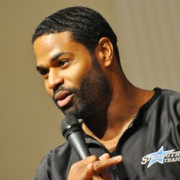