Hall of Fame Center for the San Antonio Spurs

Book David Robinson for your Next Event

David Robinson is considered to be one of the greatest players in the history of the NBA.  Prior to his career in the NBA he was a cadet at the United States Naval Academy, which is where he earned his nickname “The Admiral”.  During his final two seasons at the Naval Academy he won the Naismith and Wooden Awards as the top collegiate player in the country and also earned consensus All-American honors.  In 1987 the San Antonio Spurs selected him with the No. 1 overall pick in the NBA Draft.  After fulfilling his two-year service commitment in the Navy he joined the Spurs and began what would be a Hall of Fame career.  After two years of working full-time as a Civil Engineer Robinson stepped back into the fold and dominated, earning NBA Rookie of the Year honors in 1990.  Over the next 15 seasons he led the Spurs to NBA Championships in 1999 and 2003, earned 10 NBA All-Star nods, was named the 1995 NBA MVP, and earned NBA Defensive Player of the Year honors in 1992.  He also served his country again in the Olympics as a member of the famed Team USA Dream Team.  In 1988 he led the USA to a bronze medal and then won consecutive gold medals at the 1992 and 1996 Olympic games in Barcelona and Atlanta.  Robinson was inducted into the Hall of Fame as a member of both the Spurs and the Dream Team, and is widely considered to be the greatest big man to ever play the game of basketball.

Book David Robinson for your Next Event

Disclaimer: AthleteSpeakers assists companies seeking to hire talent like David Robinson for speaking engagements, virtual meetings, appearances, product endorsements, and business sanctions. Our speakers bureau does not claim to exclusively represent David Robinson. Our booking agency can help with finding an athlete or sports celebrity that aligns with your upcoming events date, location, and budget. When an organization request booking details for a celebrity like David Robinson, we work closely with the client to make sure the proposed dates does not interfere with the requested athletes schedule. We then confirm the sports celebrity fee based on the details of the request. The fees listed on the speaker profile are rough estimates based on the previous market rate for the talent. Our team then works with David Robinson's agent, manager or assistant on the booking request. For parties interested in hiring David Robinson, we recommend filling out the booking request form so our booking agents can help with making your next event a success.

Interested in booking David Robinson for a virtual meeting?


Athlete Speakers is a leader when it comes to booking virtual events in the sports world. Since 1999, we have built close relationships with top athletes, agents, publicists and managers. We assist all types of companies as well as event planners with booking athletes like David Robinson for these virtual engagements. Companies continue to turn to Athlete Speakers to get David Robinson’s latest virtual speaking fee, appearance cost and schedule availability. 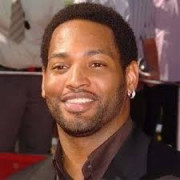 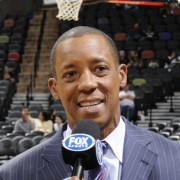