Book Brodie Croyle for your Next Event

Brodie Croyle is a former NFL QB who spent six seasons in the league with the Kansas City Chiefs and the Arizona Cardinals. In high school, Croyle was considered one of the best QB prospects in the nation, and had scholarship offers from many top schools. Originally a Florida State commit, Croyle chose to attend the University of Alabama in a surprise move. Croyle enrolled at Alabama in 2001, and inherited the starting job in his sophomore season after redshirting his freshman season. Croyle led the Crimson Tide to a 4-9 record, but broke and tied many Alabama passing records. In the third game of his senior season, Croyle tore a ligament in his knee, forcing him out for the rest of the season. His senior season was his best by far, as he led the Tide to a 10-2 record while throwing for over 2,400 yards and 14 touchdowns. Known for being injury prone, Croyle dropped to the third round of the NFL Draft, eventually being selected by the Kansas City Chiefs. He has seen little action on an NFL field, and he eventually ended his career in 2012 after spending his second straight season on the Arizona Cardinals practice squad.

Book Brodie Croyle for your Next Event

Disclaimer: AthleteSpeakers assists companies seeking to hire talent like Brodie Croyle for speaking engagements, virtual meetings, appearances, product endorsements, and business sanctions. Our speakers bureau does not claim to exclusively represent Brodie Croyle. Our booking agency can help with finding an athlete or sports celebrity that aligns with your upcoming events date, location, and budget. When an organization request booking details for a celebrity like Brodie Croyle, we work closely with the client to make sure the proposed dates does not interfere with the requested athletes schedule. We then confirm the sports celebrity fee based on the details of the request. The fees listed on the speaker profile are rough estimates based on the previous market rate for the talent. Our team then works with Brodie Croyle's agent, manager or assistant on the booking request. For parties interested in hiring Brodie Croyle, we recommend filling out the booking request form so our booking agents can help with making your next event a success.

Interested in booking Brodie Croyle for a virtual meeting?


Athlete Speakers is a leader when it comes to booking virtual events in the sports world. Since 1999, we have built close relationships with top athletes, agents, publicists and managers. We assist all types of companies as well as event planners with booking athletes like Brodie Croyle for these virtual engagements. Companies continue to turn to Athlete Speakers to get Brodie Croyle’s latest virtual speaking fee, appearance cost and schedule availability. 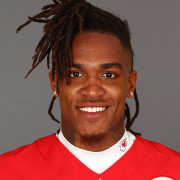 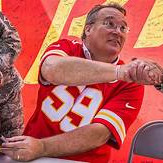 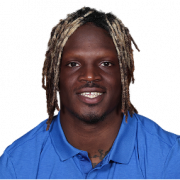