Point Guard for the Utah Jazz

Book Mike Conley Jr. for your Next Event

Contact AthleteSpeakers today at 800-916-6008 to book Mike Conley Jr. for a keynote speech, corporate appearance, grand opening, product announcement, moderated Q&A or for an exclusive meet and greet. The booking agents at AthleteSpeakers work on your behalf to get you the best price for your desired sports celebrity.

Mike Conley Jr. is a point guard for the Utah Jazz. He originally started in the NBA with the Memphis Grizzlies as a first round pick in 2007 out of Ohio State University. He joined the Buckeyes after helping Lawrence North High School to three consecutive State Championships and an overall record of 103-7 during his four years at point guard. After earning McDonald’s All-American honors he headed to Ohio State and helped lead the Buckeyes to a Big Ten Conference Championship and runner-up finish in the NCAA Tournament as a freshman. During his freshman season he averaged 11.3 points and earned First-team All-Big Ten honors. He went on to become one of the premier scorers in the NBA and is the Grizzlies all-time leader in points. Conley was also named to the All-Defensive Second Team in 2013. He contributed to the greatest time in Memphis franchise history and led his teams to six playoff appearances. Conley is a two-time recipient of the NBA Sportsmanship Award for his dedication to being a good example and leader both on and off court.

Book Mike Conley Jr. for your Next Event

Disclaimer: AthleteSpeakers assists companies seeking to hire talent like Mike Conley Jr. for speaking engagements, appearances, product endorsements, and business sanctions. Our speakers bureau does not claim to exclusively represent Mike Conley Jr.. Our booking agency can help with finding an athlete or sports celebrity that aligns with your upcoming events date, location, and budget. When an organization request booking details for a celebrity like Mike Conley Jr., we work closely with the client to make sure the proposed dates does not interfere with the requested athletes schedule. We then confirm the sports celebrity fee based on the details of the request. The fees listed on the speaker profile are rough estimates based on the previous market rate for the talent. Our team then works with Mike Conley Jr.'s agent, manager or assistant on the booking request. For parties interested in hiring Mike Conley Jr., we recommend filling out the booking request form so our booking agents can help with making your next event a success. 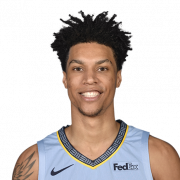 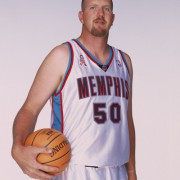 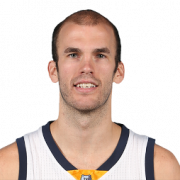